Sopron—exactly 47 kilometers from Bük, on the Austrian–Hungarian border—is the city of loyalty and also home to the VOLT festival. It is probably one of Hungary’s most romantic and vibrant towns that offers a wide range of activities for almost everyone. Strolling through the winding, cobbled streets, one will be captivated by the magic of this wonderful small city. Culture, history and nature: three keywords that led to the “Mindenhol jó, de legjobb Sopron” (“There is no place like Sopron”) slogan. If in doubt, experience it!

Thanks to its favorable geographical position, Sopron’s location today and its immediate surroundings have been inhabited by humans since prehistoric times. The abundance of healthy drinking water, the richness of pastures and agricultural lands, as well as the mountains and high grounds made settlement possible already in ancient times. The western country border was less devastated by historical events, thus, it is no surprise that the city of Sopron, that found its place on the site of the ancient Scarbantia, is one of Hungary’s cities with the most historic monuments.

Fortunately, the protection of the city’s heritage is just as important today as it was for the ancestors. The 20th century left a much fainter mark on the city than on other places, thanks to its proud and conservative—in a good way—residents. 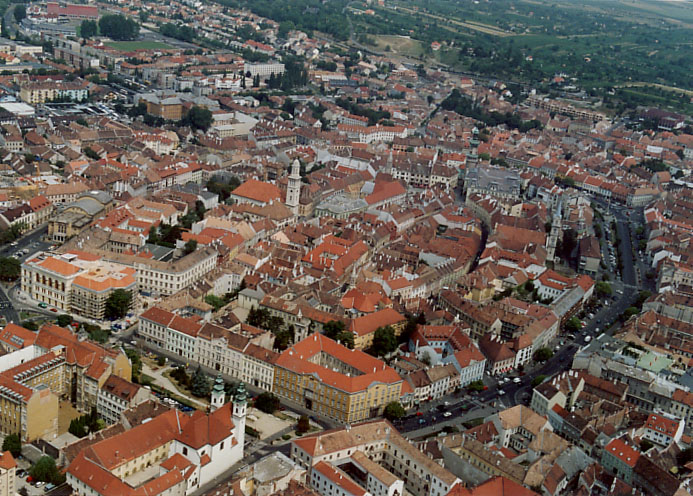 The city of Sopron

Everyone immediately falls in love with the city of loyalty 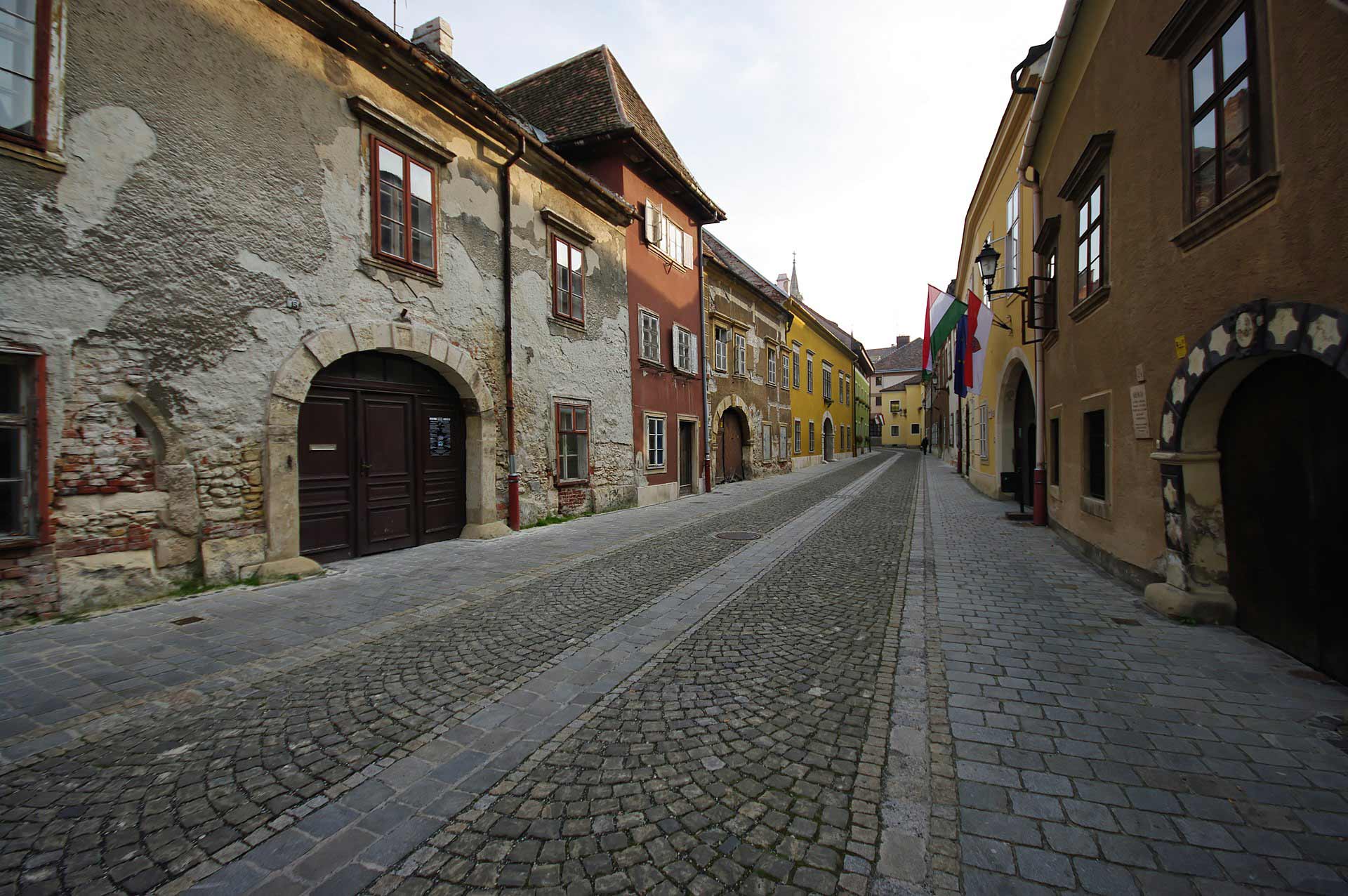 The atmosphere of Sopron’s historic city center is truly unique

The charming streets of the diverse and wonderful cityscape offer stunning sights, and only a few minutes of walk is enough to find out why it is considered one of Hungary’s most interesting and attractive tourist destinations. There are only few settlements in the country that represent the development of architecture from the 13th to the 19th century in a continuous form.

The atmosphere of the city center—similarly to Kőszeg—is captivating, thus no wonder that those already having been to this city start smiling as soon as they hear the name of Sopron.

The castle district was built along the former moat, and the inner rows of houses exactly follow the line of the castle walls. This may be Hungary’s most preserved medieval town center with several significant monuments: the Renaissance style arcaded Firewatch tower that became a symbol of Sopron, the Holy Trinity Statue and the most famous civilian houses, the Storno House and the Fabricius House. In the inner town section, the winding streets, the charming squares, the houses’ arched doorways, the public buildings and the castle walls popping out here and there all form a unique artistic unit. The first program point in Sopron should be a walk along the streets of this historic district, looking in an old doorway or two, taking in the past. Visitors will immediately be captivated by the monuments of different eras and styles. 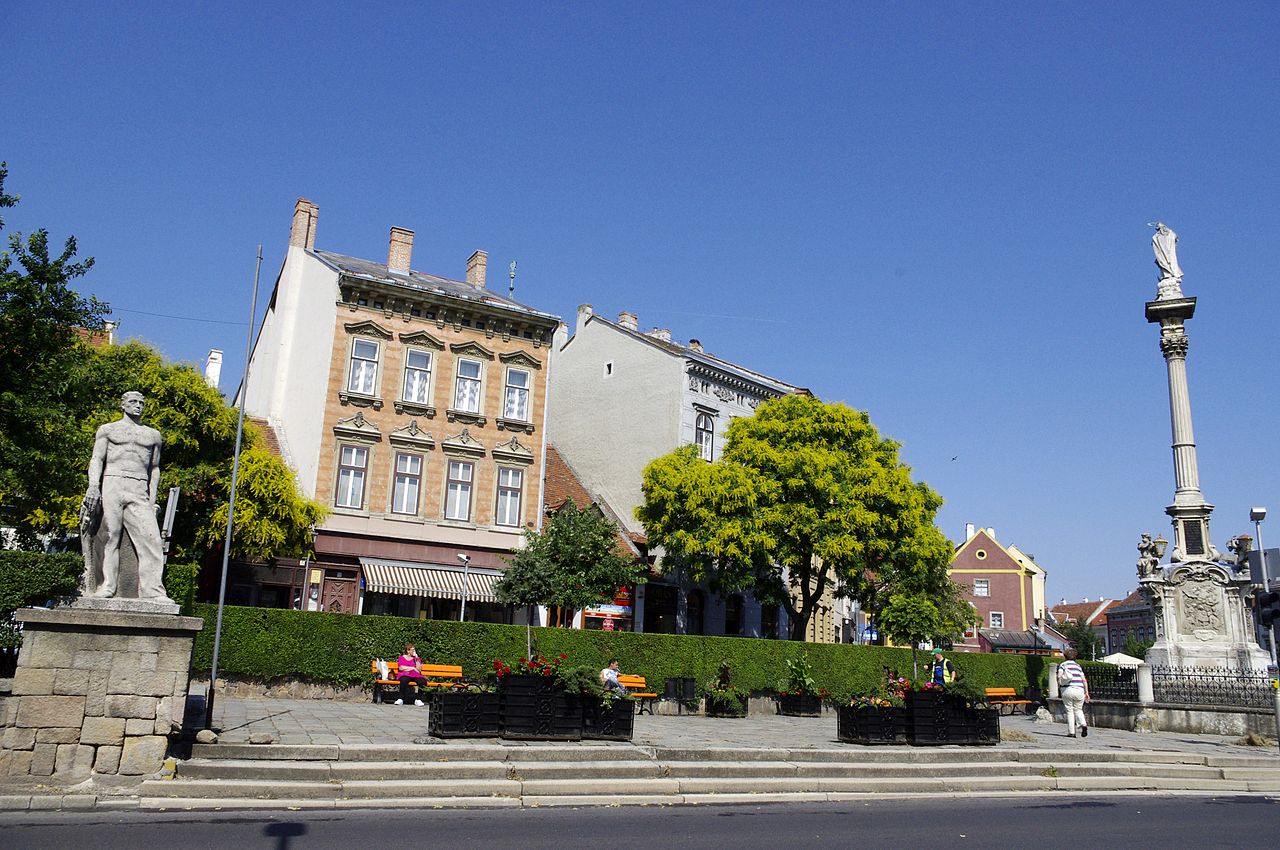 A charming promenade, worth some strolling! 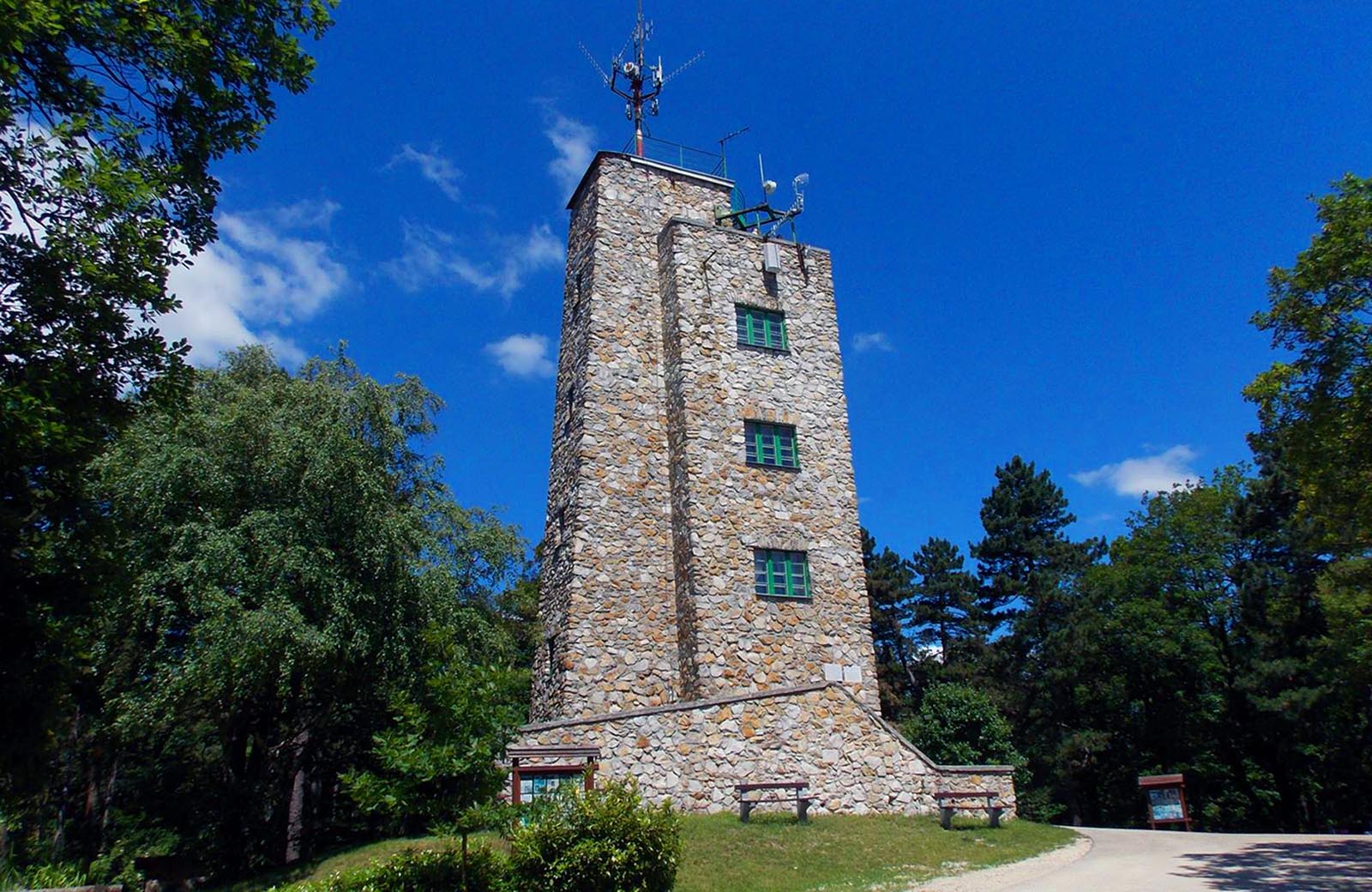 The view from the Lővérek is a fantastic experience, don’t miss it!

After discovering the sights of the inner city the beauty of nature shall come to the foreground. Visitors may experience a truly unique tranquility strolling through the green pine forests of the Lővérek. One of the most visited spots of the mountain ranges with its rare flora is the Károly lookout tower offering a magnificent view and, in fine weather, it provides an opportunity to admire the blue mirror of Lake Fertő/Neusiedl. Sopron and the Lővérek have a special symbiosis, their harmonious relationship is unique far and wide. There is great interest in this beautiful area from both Hungary and countries beyond its borders, because one of Hungary’s biggest music festivals, the Volt Festival (founded in 1993) is hosted here.

A genuine city for students: due to its many secondary schools and universities, its cultural life is extremely colorful, and its sophisticated and civic approach is clearly evident at every point.

Sopron’s unique monuments, its surroundings rich in forests and mountains, its sub-alpine climate and its festivals full of world stars place the city at the top of the bucket list of must-see places, and all of these make a stay here an unforgettable experience for everyone. 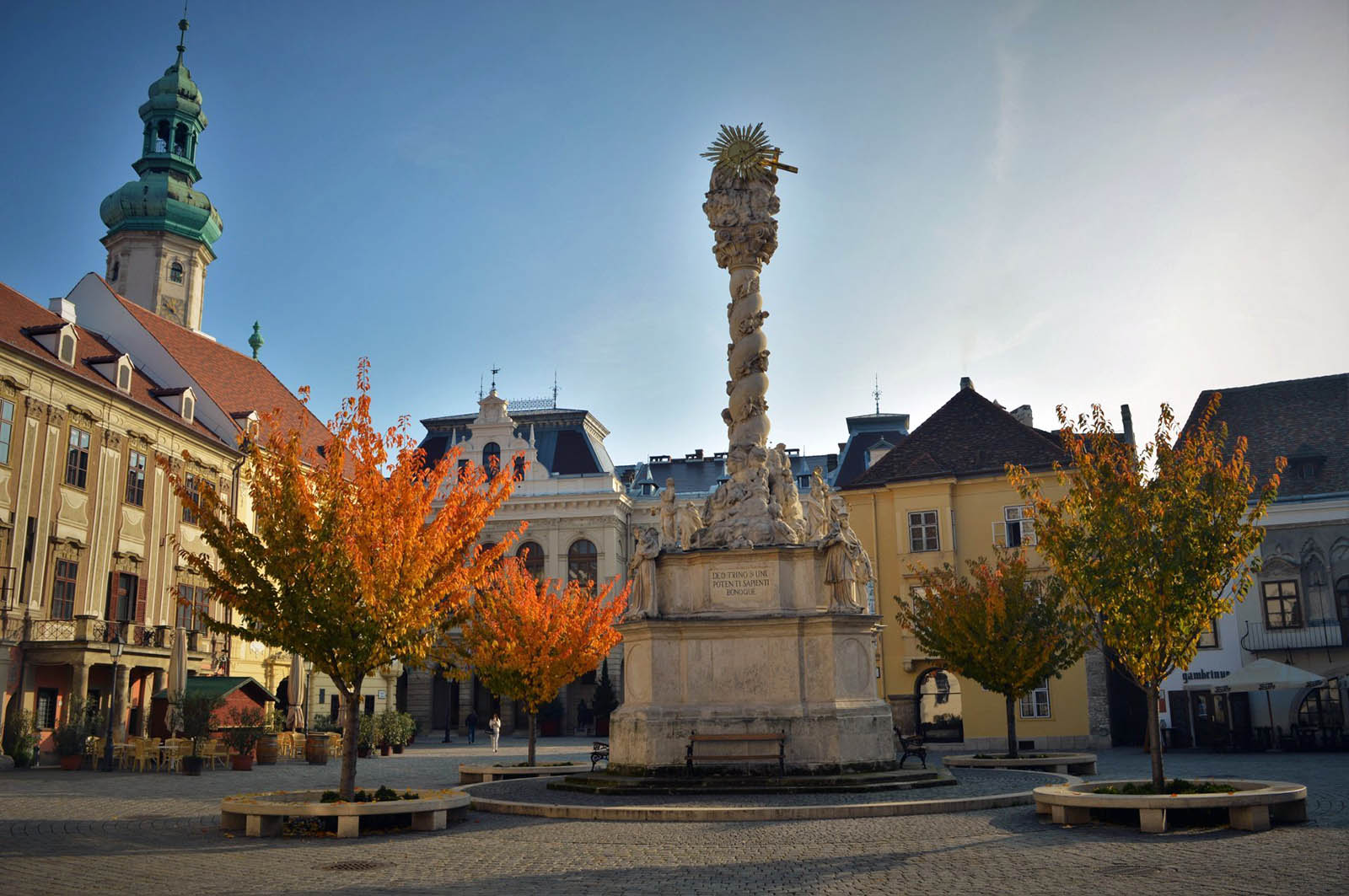 Sopron’s main square is like a set of a theater play. Experience it! 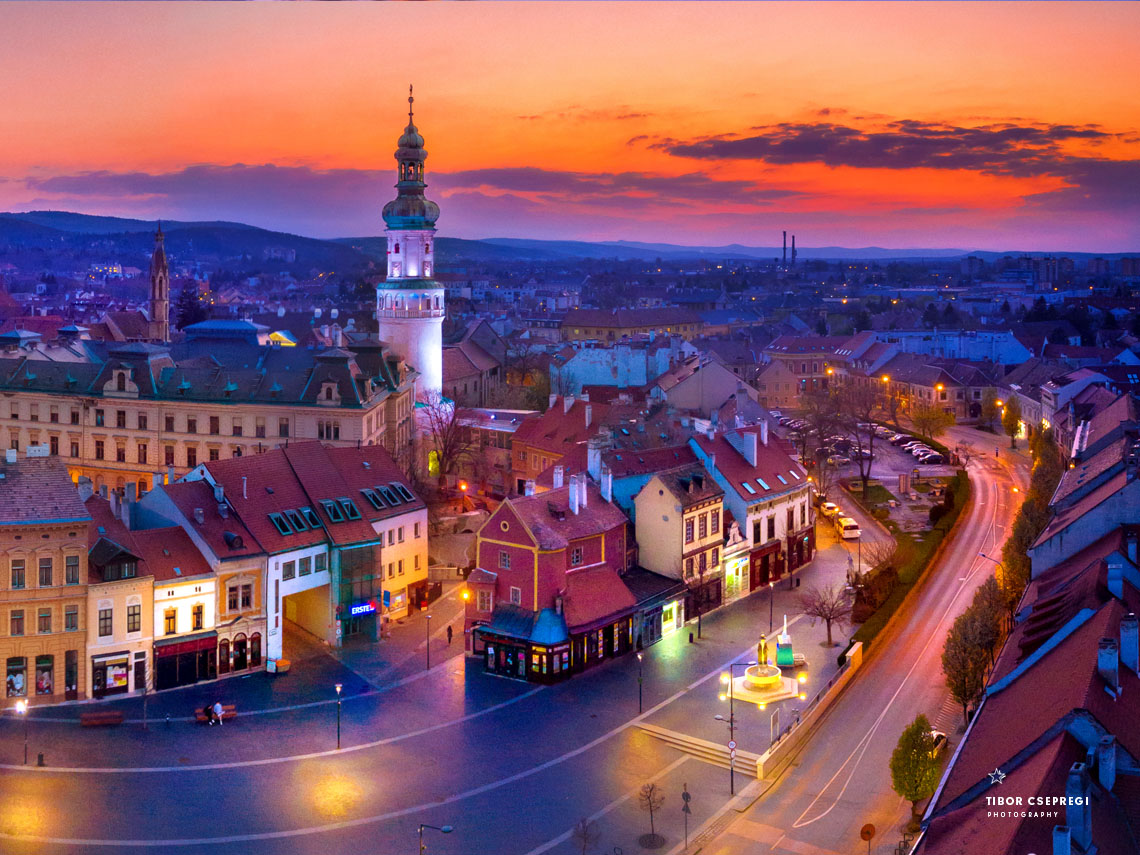 The capital of Kemenesalja, rapidly developing in the recent years, is only a half-hour drive from Bük. The Vulkán spa opened in 2005 in the town center is an ideal destination for those who do not...
Read More

Szentgotthárd is an 800-year old town on the Hungarian–Slovenian–Austrian triple border. You can reach the town from Bük in just one hour and a half hour.The town is frequently referred to in...
Read More

The number of hikers and adventurers specifically looking for waters increased sharply in the past few years in Europe. Members of this “club” visit nearly every water body: the rushing mountain...
Read More

The chief town of Vas county is only a half-hour drive from the spa town, and it is exceptionally rich in historical relics, particularly from the Roman era. The city’s most famous attraction is the...
Read More

There was a large-scale television advertising campaign in the 1980s, in which pensioners were singing “thank you, Sárvár, thermal crystal of Sárvár!” Thanks to this campaign, the town mentioned in...
Read More